With the myriad of motorcycle parts and accessories available today, tyres choice and it’s importance, is often overlooked. The reality is that your rubber choice is probably one of the most critical decision’s you can make for your bike and one that genuinely affects your safety and riding experience.

Ask any pro and they’ll tell you, that if you want to really improve your bikes handling and performance, then invest in quality tyres.

After spending more than a decade exploring the planet on Continentals legendary TCK80 dual-sport tire, we had the opportunity to test out TCK80's more road biased cousin the TKC70. Here’s what we found.

The grip and security these tyres provide is confidence inspiring. Lisa Thomas, 2 Ride The World

Continental’s TKC70’s have been around for a while now, and they’ve built up a strong reputation, that see’s the tires fitting comfortably between Continental’s road-oriented TrailAttack2 and the more aggressive and dirt biased TCK80.

After riding through Alaska, up to Prudhoe Bay and east off-road through Canada, and with our 80’s almost finished, it was time to spoon on our first set of TKC70’s and take them for a text ride.

Over the last few months we’ve tested the TKC70’s performance on asphalt, corrugated concrete, diesel soaked back streets, mud tracks and deep sand. As usual, we’re not going to leave you hanging until the end of the review for a reveal, so, we’ll let you know up front that we’re both impressed by their performance. 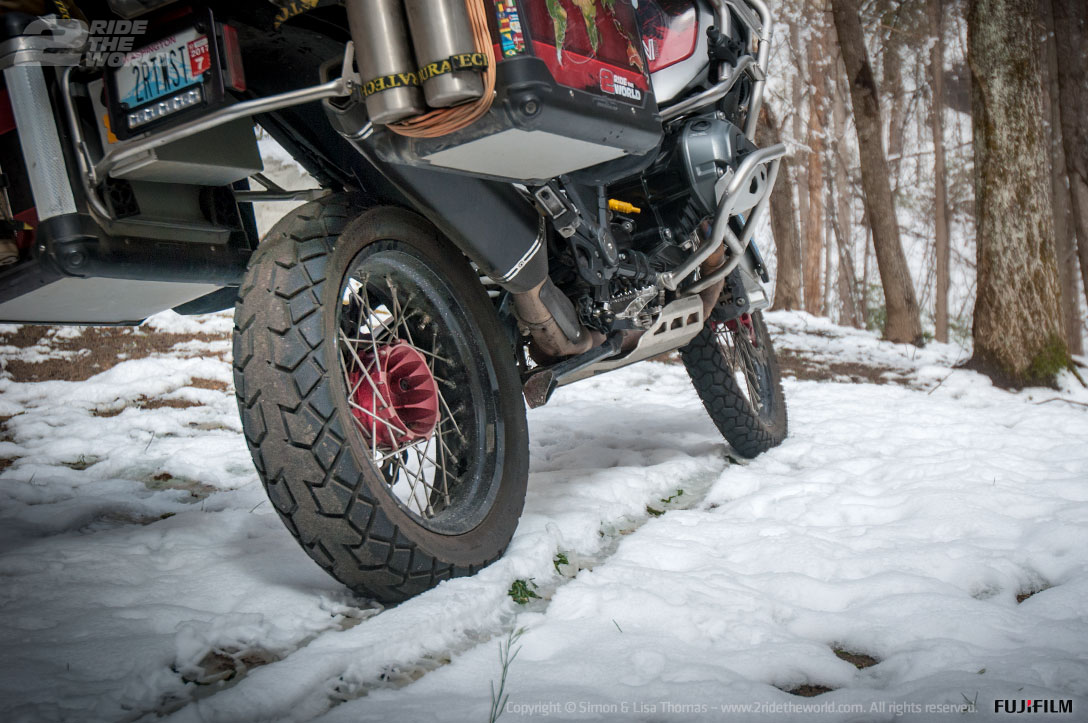 The first big difference we recognized between the TKC70’s and the 80’s is how much quieter they are. The smoother, ‘knobbless’ profile of the 70’s contacts smoothly with the road, without the hum of the TCK80's.

One of the things Continental craft so well, is the shoulder profile of their tyres. What I wanted from the TKC70’s was predictability at any speed, and the tyres delivered. The graduated profile of the tyre makes both slower and more aggressive turning an absolute pleasure, so much so that even aboard my colossally heavy R1200GSA with panniers, bags and kit, I found myself pushing the bike harder and harder into corners at greater speed, simply because I could.

The smooth and even profile of the tires, provides a level of confidence that is inspiring, even on graded dirt roads. Riding the Blue Ridge Parkway at speed the grip was secure and as the tyres heated up the TKC70’s deep chunky block tread, gave no signs of flex or squirming. There was no hint of tyre creep, in fact the tyre simply became stickier and the ride became faster. I was wearing an absurd grin the entire day and flicking my bike around like a plastic-fantastic-croch-rocket.

Over the last 5 months we’ve had more than our fair share of rain and I’ve played with the TKC70’s, both with traction control on and off and even in the most torrential of downpours, while riding corrugated concrete highways the TKC70’s have gripped and never slid.

Outside of Asheville NC, some months back in the wet, I’d left a friends home and cranked the throttle on the big GS, While in Enduro Pro mode (I’d left it on from the previous days ride) and within a split second the rear tyre was biting into the new asphalt and lifting the front wheel skyward. Yeah, the rubber has impressive grip. 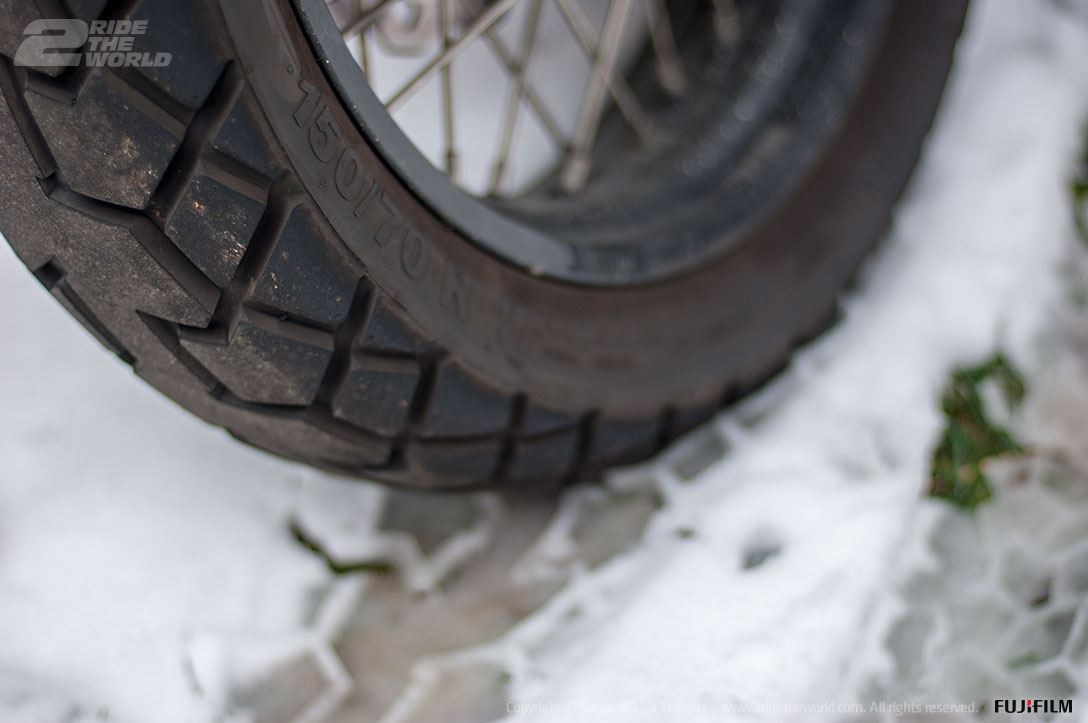 The real revelation for both of us, was the TKC70’s performance in the dirt. If you enjoy playing off-road occasionally, or graded forest tracks are your playground then the TKC70 could be your new best friend.

On the US’s east coast we cruised dirt tracks in National Parkways and actually forgot that we “were not” on our usual TCK80’s! On fast and undulating dirt and gravel maintained tracks, the grip from the front end was secure and always predictable, as was the Tyres ability to perform under extreme braking. With the traction-control of my heavy R1200GSA set to ‘OFF’, it took a concentrated effort and a big handful of throttle to encourage the back end to cut loose and slide out.

In mild muddy conditions the tread pattern did a good job of slinging off the crap, but as the rain really began to pour and the earth turned to mud soup, the tyre began to show signs of its limitations. But, that’s to be expected on any tyre that leans towards being road biased.

Lisa and I put on 8,934 miles onto our TKC70’s, and we swapped them out for knobbies, only because we were heading to Baja and deep sand. There was still a ton of tread and playtime left in both the front and rear tires. 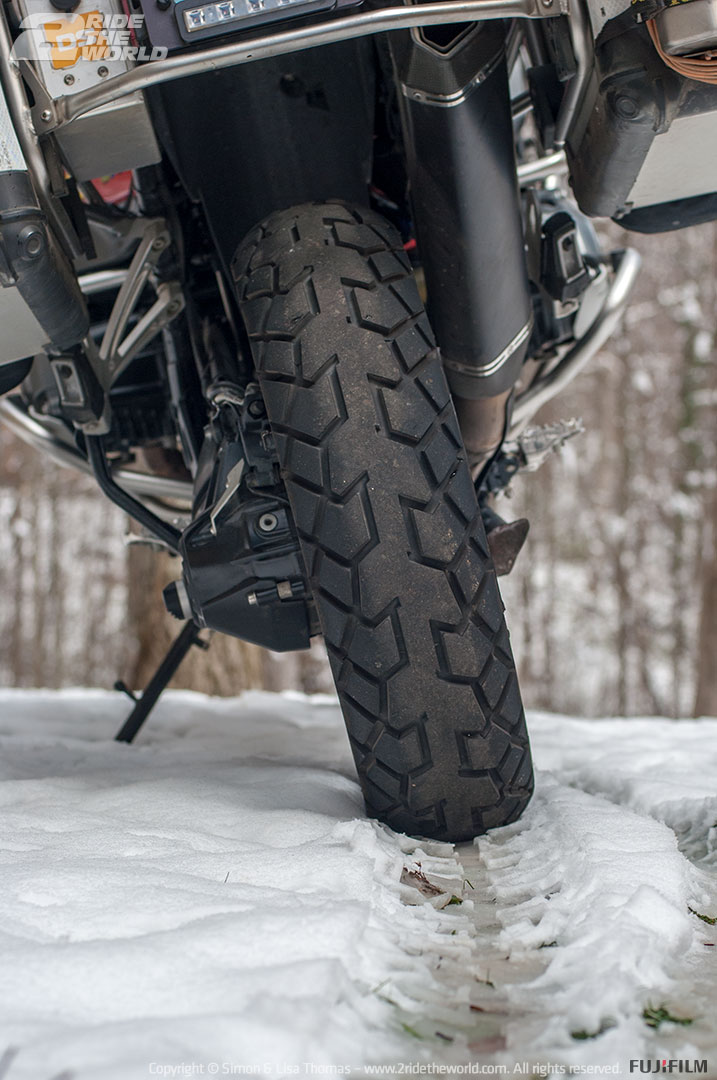 The TKC70’s has a zero-degree, steel-belted radial construction (most dual-sport or and knobby tires are bias-ply construction) and based on Continental now perfected rubber curing process, they claim to have produced a tyre with softer (improved grip in the corners) shoulders, whilst retaining a more durable centre tread, from a single piece of rubber.

It’s worth pointing out that because of the construction and tread pattern of the TKC70, (The TKC70 is based on the carcass of the Conti TrailAttack2) compared with the TCK80 or other knobbie tyre, changing the tyres with tyre leavers takes a little more effort and controlled technique. With a stiffer side-wall and less carcass flex (based on it’s high speed rating and road bias) it took me 20 minutes longer to swap out the rear TKC70 than it would to swap a TCK80. Just something to bear in mind. 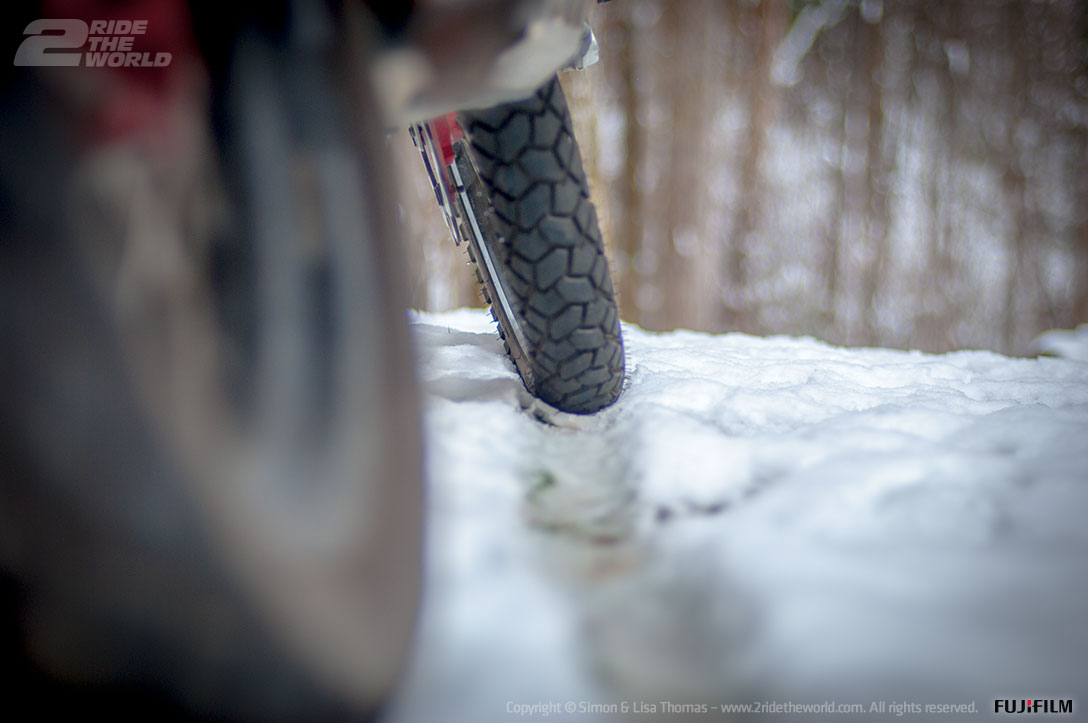 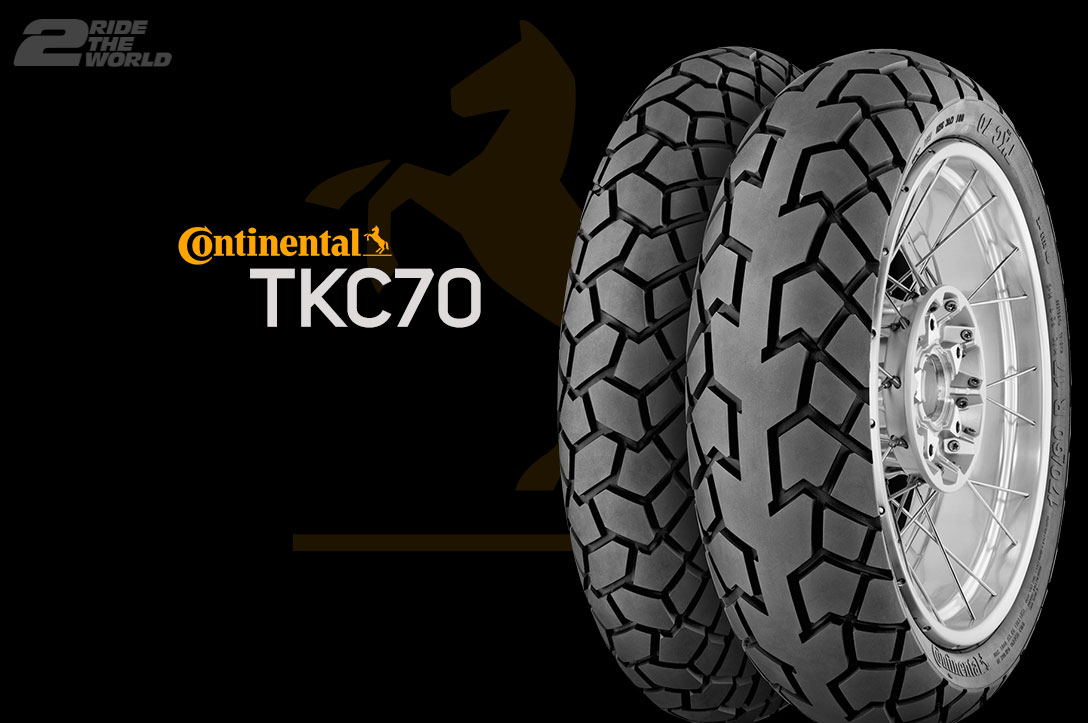 The TKC70 is a top performer and delivered on every promised feature made by the manufacturer. With impressive grip, both on road and off, in the dry and the wet. Hands down the TKC70 exceeded our expectations and only in deep mud and sand did the tire show it’s limitations.
If you’re an occasional off-road rider and struggling to choose between street rubber and knobbies, the TKC70’s could well be the solution.

With great tread life (even with a fully loaded, heavy, adventure bike) and top-shelf performance, predictability, stability and traction, the TKC70 could well be one of the best all-round performers either Lisa or I have ever ridden.