WOW! - 4 months away already, it’s flown. Late afternoon saw us riding past Jerez and pitching our tent 200 metres from the sea in the town of El Puerto De Santa Maria at the campsite Las Dunas. 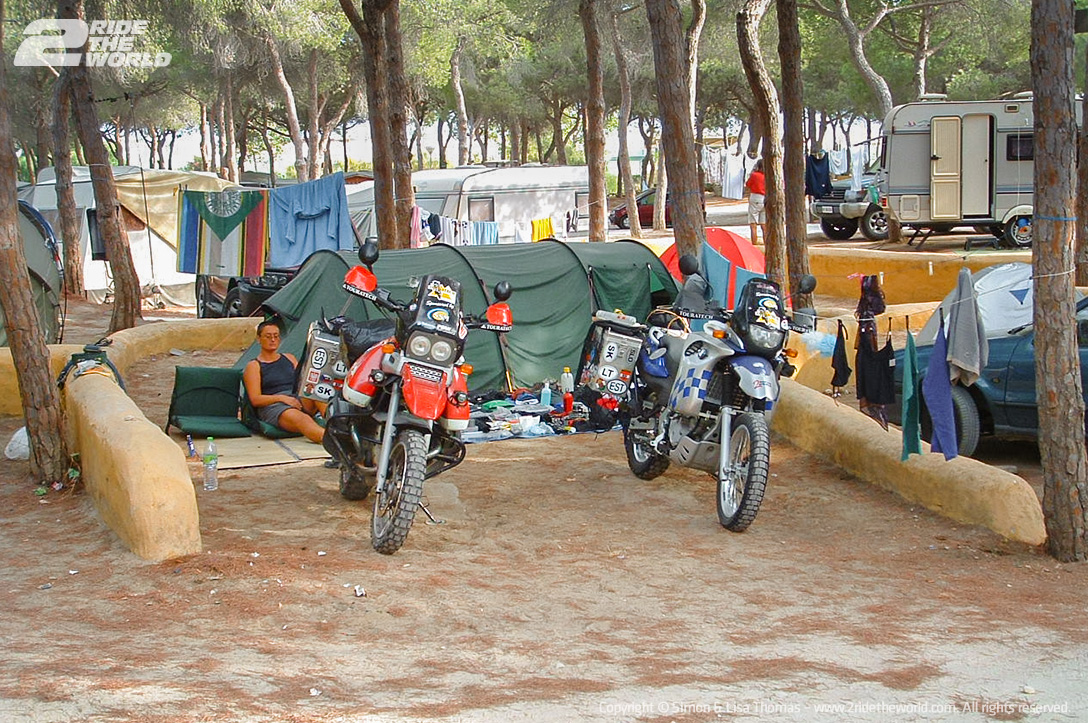 It had to be done – with the sun out and the waves crashing it was time to catch a few rays. We’ve had an exhausting two days spent lying on the beach, swimming in blue water and making the 20-yard walk to the bar for liquid refreshment. 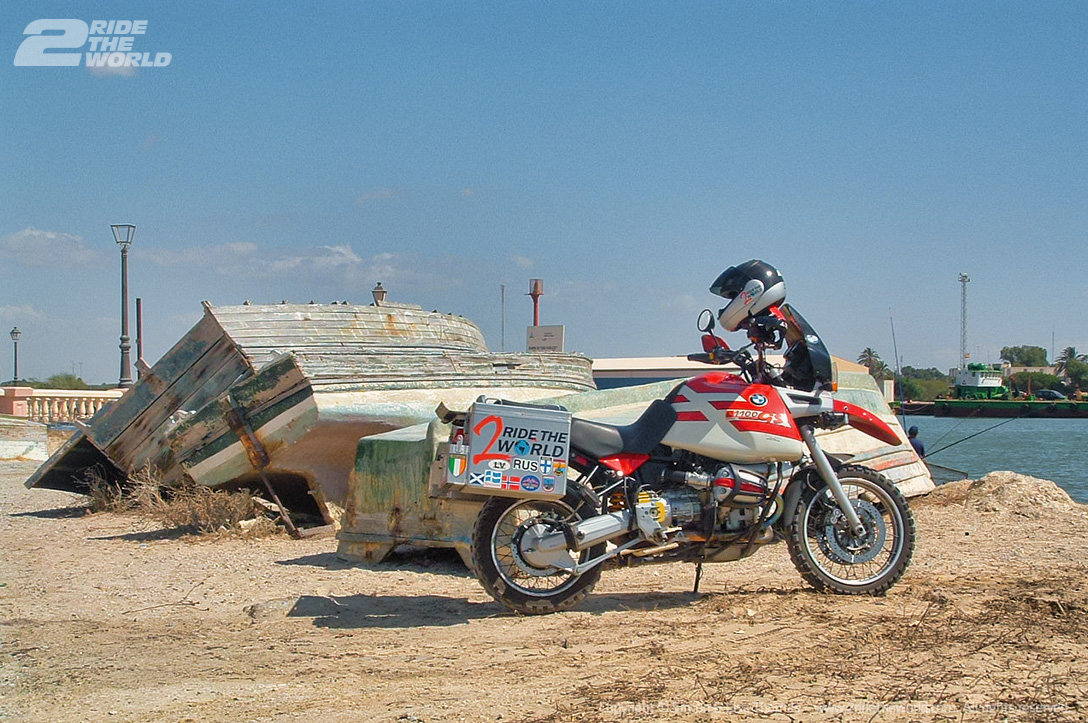 Today was a massive treat day as for as long as I can remember I’ve been fascinated by the beautiful white stallions known as the Austrian Lipizzaner horses. Only one thing could have been better than seeing them in Austria and that was a visit to their original training school in Jerez with a visit to The Real Escuela Andaluza Del Arte Ecuestre. Guess what…that’s what we’re doing!

We both left the campsite riding Simon’s bike and were in Jerez only half and hour later. Our first port of call was the tourist office to get times of the exhibition and show. The first show today was at 12 noon so we made our way through the city and 11 am saw us standing at the ticket booth clutching two tickets for the reserved premier seating. Tickets in hand we made our way into the school, an area of beautiful and traditional Spanish buildings and a strong smell of horse and leather hung in the air. Finding our seats quickly we sat in the long and immaculate arena and waited as the crowd and the excitement grew. The performance we were going to see was the “Como Bailan los Caballos Andaluces” which is an authentic equestrian ballet staged on typical choreography taken from the reprises of the classical and country dressage. All of this is set to purely Spanish music. 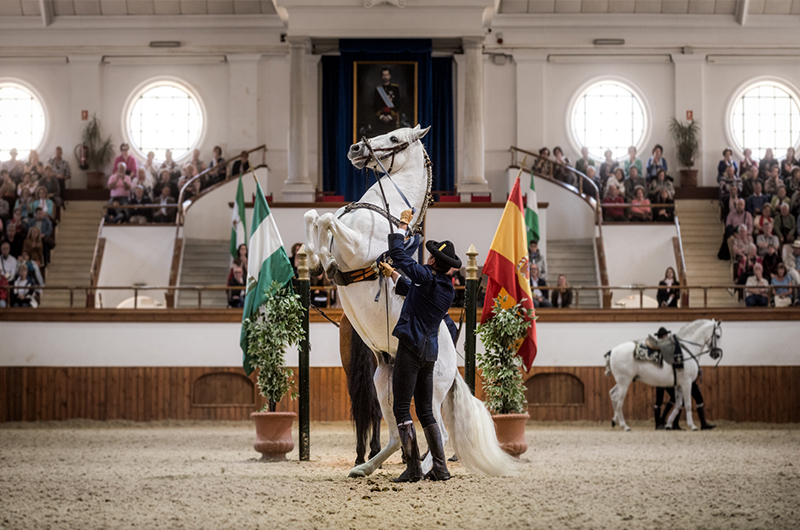 The first entry was breathtaking as the rider in white tunic and Spanish riding hat took the arena floor with a most beautiful and elegant horse. We were so close that we could hear clearly the heavy breathing of the horse as it panted around the arena with the rider at ease and apparently easily persuading the horse to do its ‘ballet’. The moves were amazing, and as more horses entered, they began to zigzag diagonally across the arena sideways, prancing on their back legs, in a straight-legged trot (I know there is probably a technical name for all these moves!). Every move perfectly executed and controlled, seemingly effortlessly by their riders.

I had initially been concerned that Simon would find the show somewhat tedious as I know he has never been over enamoured by horses and had only been horse riding a couple of times. However, I needn’t have worried. I was delighted that he was as enthusiastic as I was and amazed at the complicated and elegant moves these huge animals were performing. I would recommend that anyone go and see these amazing animals even if they are not ‘into’ horses, I promise you will still find it immensely impressive.
More details can be found by calling Tel: 0034 956 318 008 or e-mailing: This email address is being protected from spambots. You need JavaScript enabled to view it. or by visiting their website: www.realescuela.org

At the end of the show – which was over 2 hours in length! – I had to call someone else who could enthuse over these beautiful horses and so I called my parents who had seen the show only a few years ago only to find out that the show was a treat from them and that they had already placed the money into our account! Aren’t parents great!