With 11 countries under our belt we were off to our 12th and excited to reconnect with friends in Austria.

For those of you who have read our earlier diary and remember we had met up with two biking Austrians, Christian and Arno during our stay in Kirkenes, Norway, (re-read here). Well, Christian had offered us use of his garden area when we reached His home city of Vienna. It was time to take him up on his offer!

We had called Christian from the Hungarian/Austrian border and he arranged to meet us at a point just off the motorway on the eastern outskirts of Vienna. By late morning we were pulling to a stop and hugging Christian as as if no time had passed. With hearty hugs exchanged and with with cars buzzing just feet from us, we were introduced to Robert who Christian had arranged to ‘pitch up’ on the off chance that he had had difficulties meeting us. 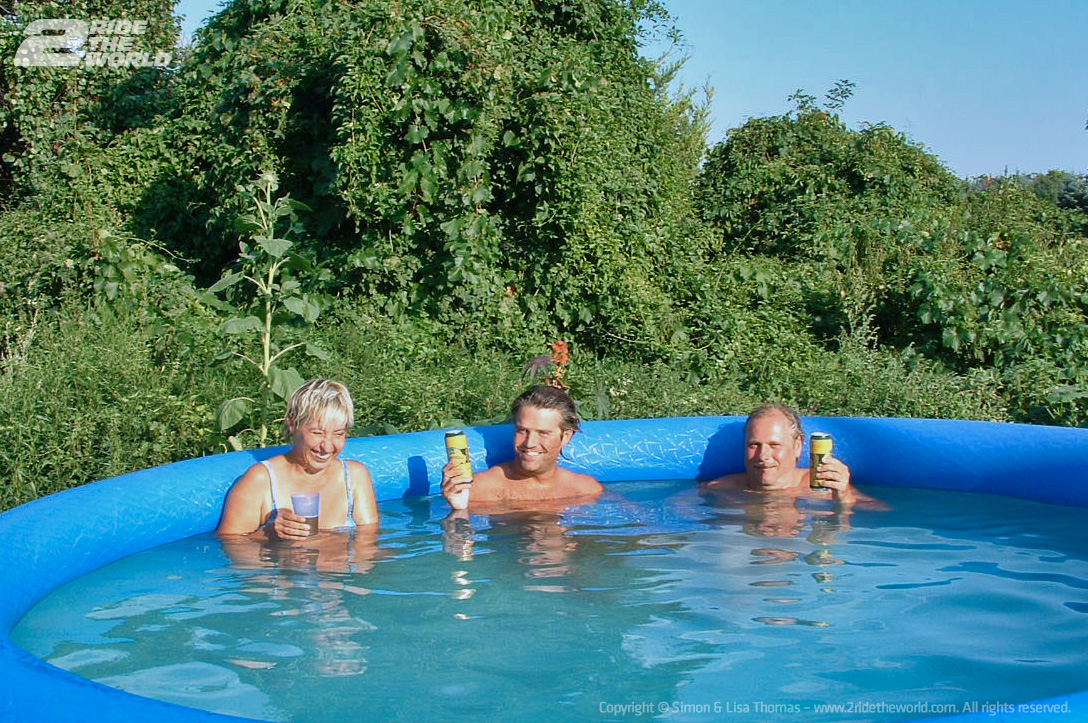 It wasn’t long before we found ourselves driving through the outskirts of beautiful Vienna with Chris in his Audi Quattro as our guide.

Just 6-miles from Vienna's centre, the garden gates of Christian's home swung open. Chris's partner Briquette, Chris’s had welcomed us like old friends and we'd thrown up the tent in record time enticed by the offer of cold beer and Austrian BBQ.

By the time we'd changed, Chris, Roberto and Briquette had already made themselves comfy in the seat outside of Chris's den, (a plush caravan.) The rest of the garden was full of boys toys; Chris's KTM 640 Adventurer stood alongside his Yamaha Enduro bike and his trusty red BMW 1100 GS.

The rest of teh afternoon and evening was a blur of slurping cold Austrian beer while sat in Chris's large inflatable swimming pool, delicious BBQ meats and pouring from 5-litre glass jars of Italian red wine (brought back by Robert following his most recent excursion) and great conversation.

Bright and early Robert pitched up, “ Have you been to Vienna yet?” of course we hadn’t. “I’ll be your guide”, Robert stated enthusiastically.

Unbeknownst to us Robert had already arranged time off work and organized our trip into Vienna and already arranged for the train tickets into Vienna. Still feeling a little fragile from the night before (too much sodding red wine!) we climbed into Robert’s car and headed for the underground station. Four short stops later we emerged to glorious sunshine and found ourselves directly in front of St Stephens Cathedral with its intricate architecture, turrets and colourful tiling. 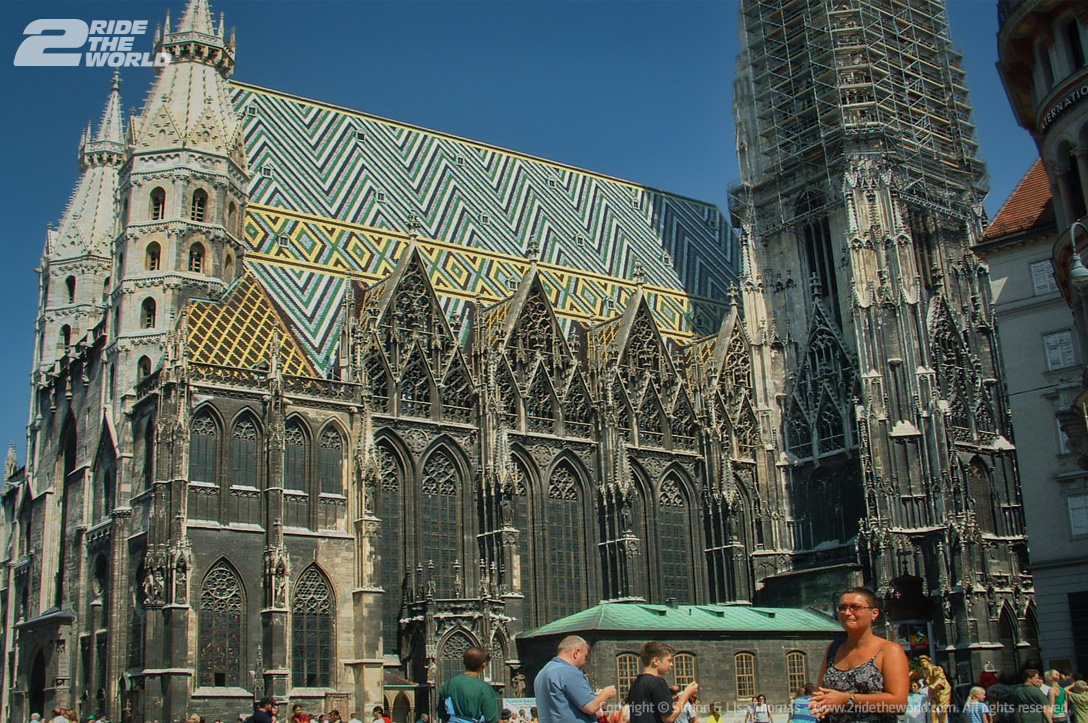 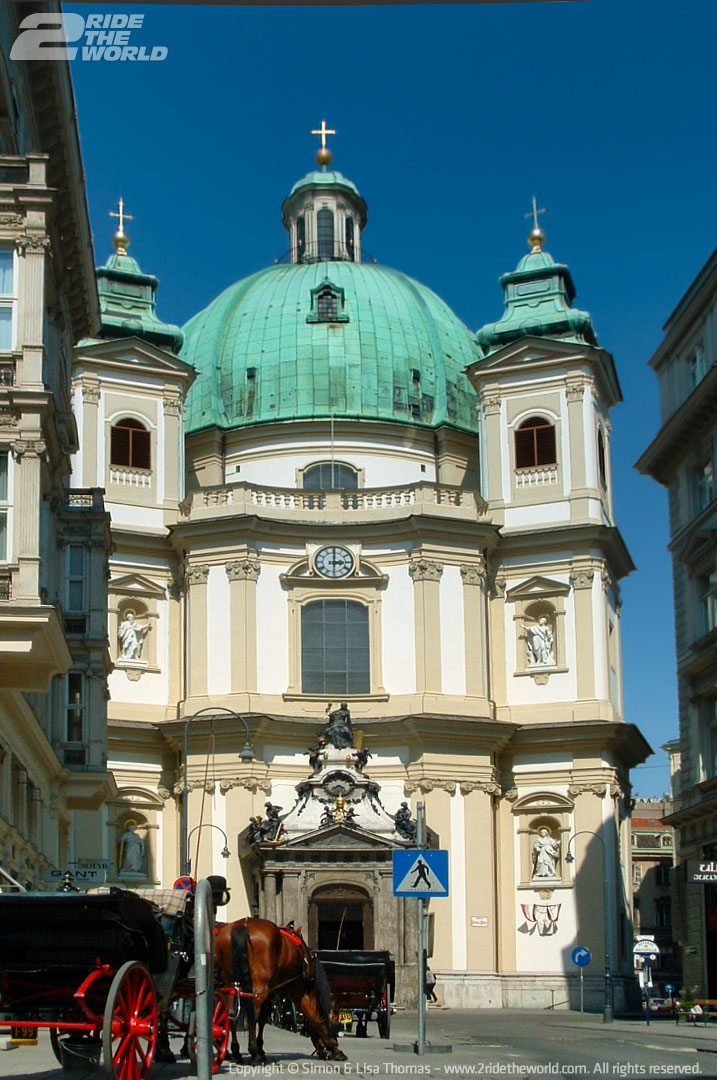 We walked through the main part of the city amazed at the elaborate buildings that seemed to cover every square inch. It is indeed a beautiful city worthy of its reputation. After a visit inside St Stephens’s cathedral we wandered up Graben Straβe window-shopping and onto Kahlmarkt towards Hofburg (the Imperial Palace).

Just past the statue of Maria Theresia, which is placed between two almost identical museum buildings, we met our chauffeur for the rest of the day, Christian. The air-conditioned car was most welcome as the four of us went to visit Prater theme park. A visit to this park was a great opportunity to venture up the The Wiener Riesenrad (German for Vienna Giant Wheel), which afforded us absolutely fantastic views over the city…mmm photo opportunity. 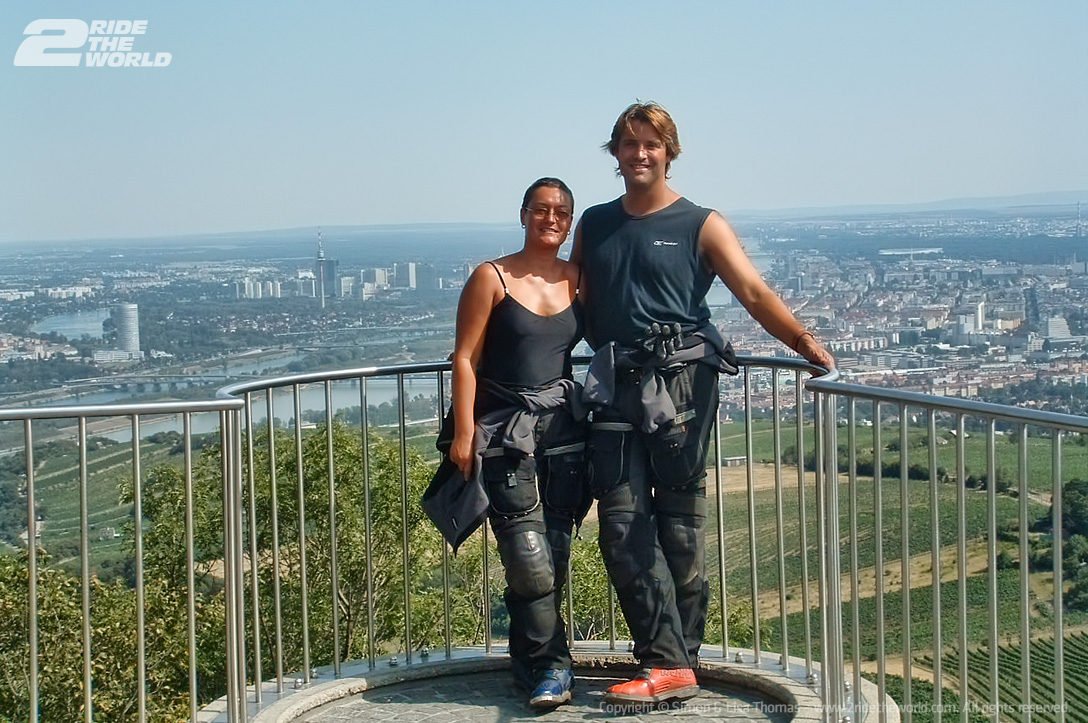 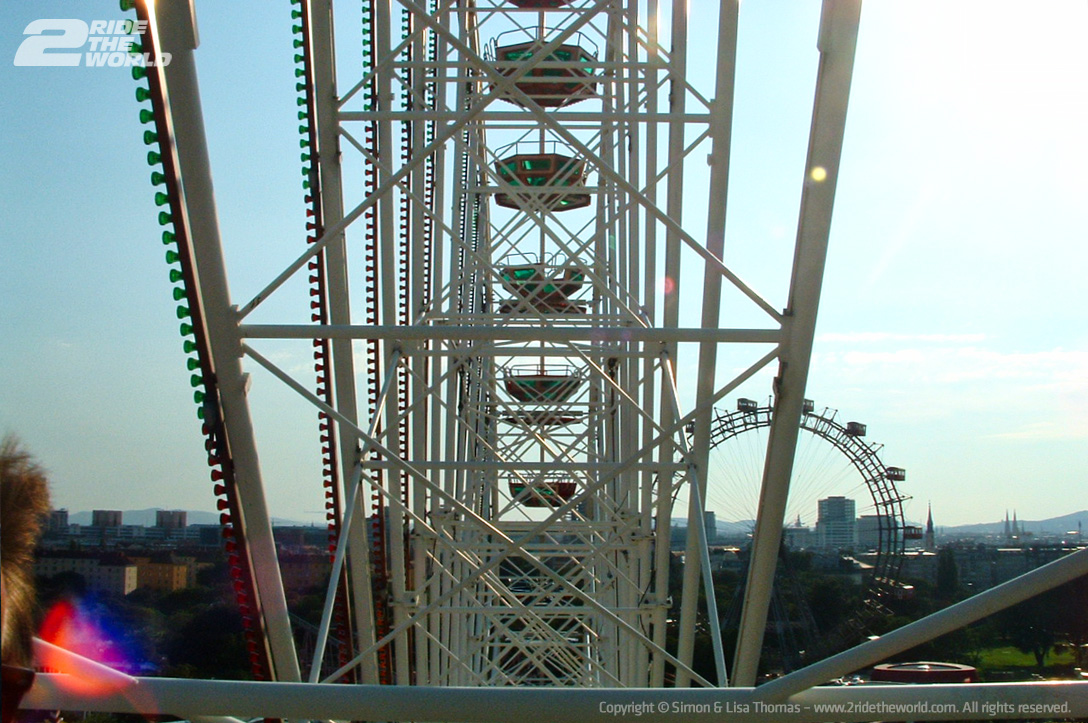 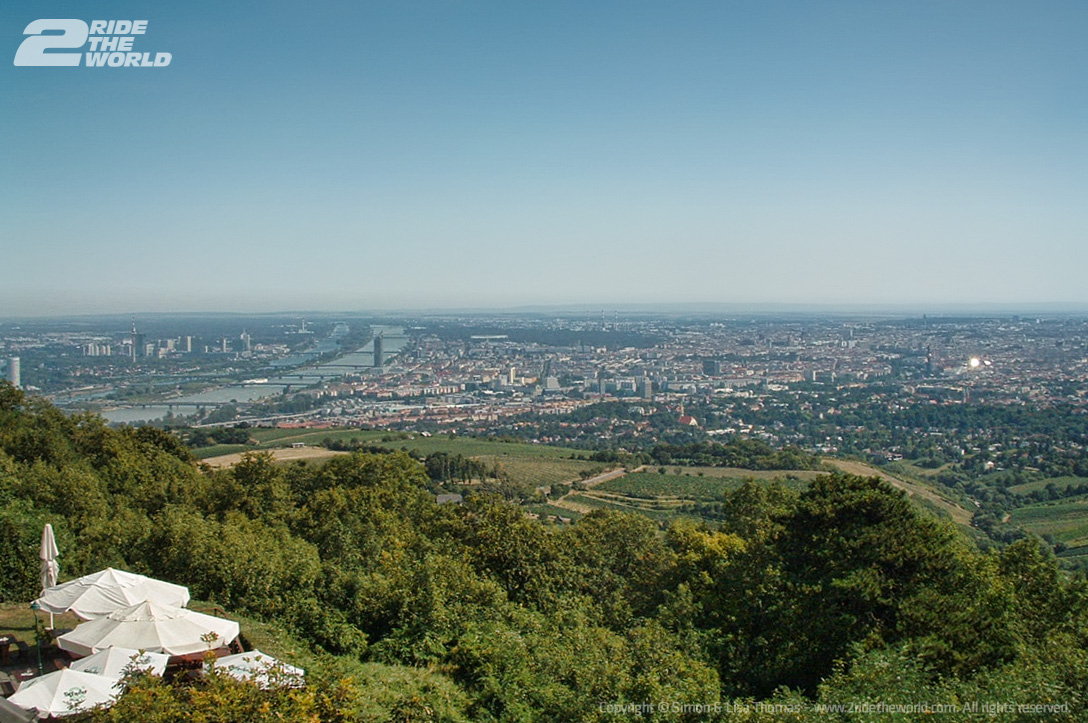 By now the evening had drawn in and it was time to eat and just by chance (!) Christian had arranged for us all to go to a Chinese restaurant very close to home!
This had been a fantastic day in which we had been looked after and ferried around like visiting dignitaries – what a great welcome.